Cellulite most often appears around the thighs, abdomen and buttocks. Symptoms of cellulite include numerous dimples, bulges and papules, which arise as a result of overgrowth of fat cells and liquids accumulating between them. Changes in the subcutaneous tissue may be the cause of pain, color changes in the skin and skin striae. What type of cellulite have you discovered on your thighs? Water or fat? 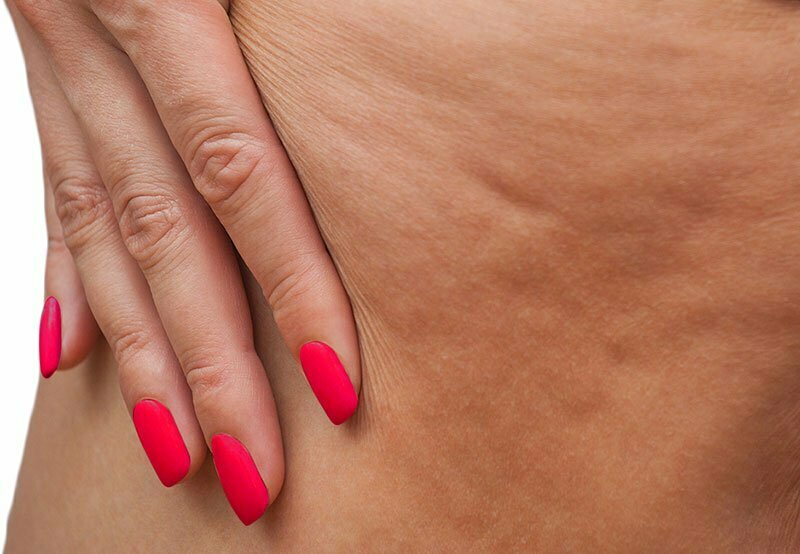 This type of cellulite usually occurs in lean and athletic people. It can occur in both older and younger women. The first symptoms of water cellulite are usually observed during puberty and its causes are inadequate blood and lymphatic flow as well as hormonal disorders. Symptoms of water cellulite include uneven skin surface and slight swelling. These changes are visible only after squeezing the skin into a fold. Changes in the subcutaneous tissue result in insufficient nutrition of the skin, which becomes dry and rough.

This type of cellulite appears most often in overweight women or in those who have lost weight in a short time. It also applies to people who lead a sedentary lifestyle. It is assumed that fat cellulite may be conditioned by genetic predispositions. This type of cellulite is a common complaint in people with flaccidity and weak muscles. It can also be the effect of taking dehydrating medications. Symptoms of fat cellulite include irregularities on the skin, which are easy to sense with your fingers: depressions, nodules and papules. The reason for skin changes is disturbances in the functioning of fat cells and reaching excessive volume as a result of uncontrolled storage of fat and carbohydrates.

Cellulite develops for many years, and during this time many changes occur in the subcutaneous tissue and dermis.

There are many cosmetics to fight cellulite, which can be bought at a pharmacy or online. The preparations are found as tonics, gels, creams, lotions and masks. The formulas contain many active ingredients. How to choose a good anti-cellulite cosmetic?

This site uses cookies to provide you with a good user experience, gather statistics of use, share content and deliver advertising messages that are relevant to you. By continuing to use the site you agree to our use of cookies.OK